6/09/2017
A large sloth is eating fruit in the tree above my seat on the covered patio. Gentle music is playing in the background, a few birds are singing their late morning songs, and howler monkeys can be heard every few minutes in the far distance. I am sipping on freshly brewed coffee from a large French press and I pause every once in a while to take in the smell and sight the garden surrounding me. Kyle sits across from me working on plans for a wooden bicycle he wants to make in the future, and soon we’ll head to the beach.

We arrived on the Caribbean side on Tuesday afternoon after spending a night in San Jose. Taking a bus from San Jose to Puerto Viejo took about 5 hours, and despite the lack of A/C and the long distance it was actually a rather enjoyable ride. The windows opened so the air flow was plenty and the view as soon as we left the big city was absolutely stunning. The bus was rather empty so Kyle and I sat at window seats, allowing us to take full advantage of the open window and this also allowed me to nap for a while. Around noon the smell of the sea filled the bus and ten minutes later we made a turn onto a road running right along side the crashing waves. The bus followed this rode for a half hour longer before stopping in Puerto Viejo, our home for the next two days. Hungry from the long bus ride Kyle and I hopped off the bus and headed straight to a grassy spot on the beach. There we made fresh salads from the ingredients I’d been lugging around since San Jose, and enjoyed a picnic on the grass. Just from where I was sitting I could see the Main Street of Puerto Viejo and was instantly obsessed with our cute and colorful everything was. A somewhat busy little down filled with colorful shops, restaurants, and bars. The people, wearing equally colorful clothes, were all happy, friendly, and seemed to be genuinely enjoying life. After lunch Kyle and I loaded our packs on our back and went to find a taxi; despite the walk to our hostel only be 15 minutes, our bags are heavy full of stuff from the boat so we take advantage of the cheap taxi rides!

Arriving at Vista Verde Hostel we were greeted by a luscious garden, a friendly dog, and a nice guy named Juan. Being the only guests at Vista Verde (it’s the slow season in Costa Rica so things are pretty quiet around here) we were taken to our open-air room and shown around the hostel. Juan allowed us to use some bikes, and after settling in we headed down the road to the beach. The beach was rather lively with lots of locals surfing, playing volleyball, and lounging in hammocks. We went swimming for a bit, but due to strong currents were isolated to one area. That evening we walked into town to buy food for the next couple days. The hostel has a kitchen set up for guest use, and I made a really yummy tofu stir fry for dinner with rice and teriyaki.

The following day, after a lazy morning and omelettes for breakfast we explored the town of Puerto Viejo. Checking out little shops, talking with some locals, and strolling along the beach I fell in love with the small Caribbean beach town. That afternoon during the hottest part of the day we napped and made sandwiches for lunch. Early evening we headed to the beach again, where Kyle rented a surf board for an hour and I enjoyed watching from the shore. Two sloths lounged in the tree above me, and I had a lot of fun watching them- such awesome creatures!

Yesterday morning we said goodbye to our wonderful hosts at Vista Verde and made the 15 minute walk toward the bus stop in Puerto Viejo. There is a small town called Cahuita (ca-we-tah) 20 minutes north of Puerto Viejo that we are spending our last night on the Caribbean side in. Puerto Viejo is an awesome little Caribbean town that gives off the most positive energy- I am thankful that we found the time to spend some time there. 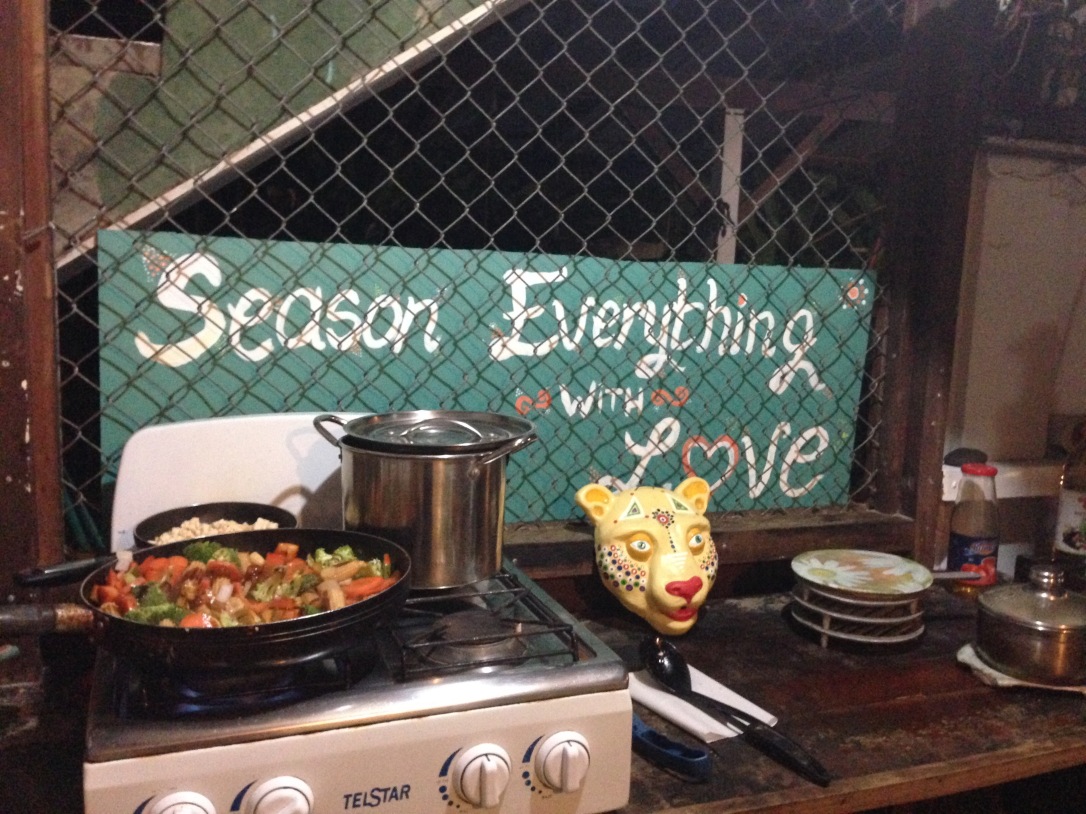 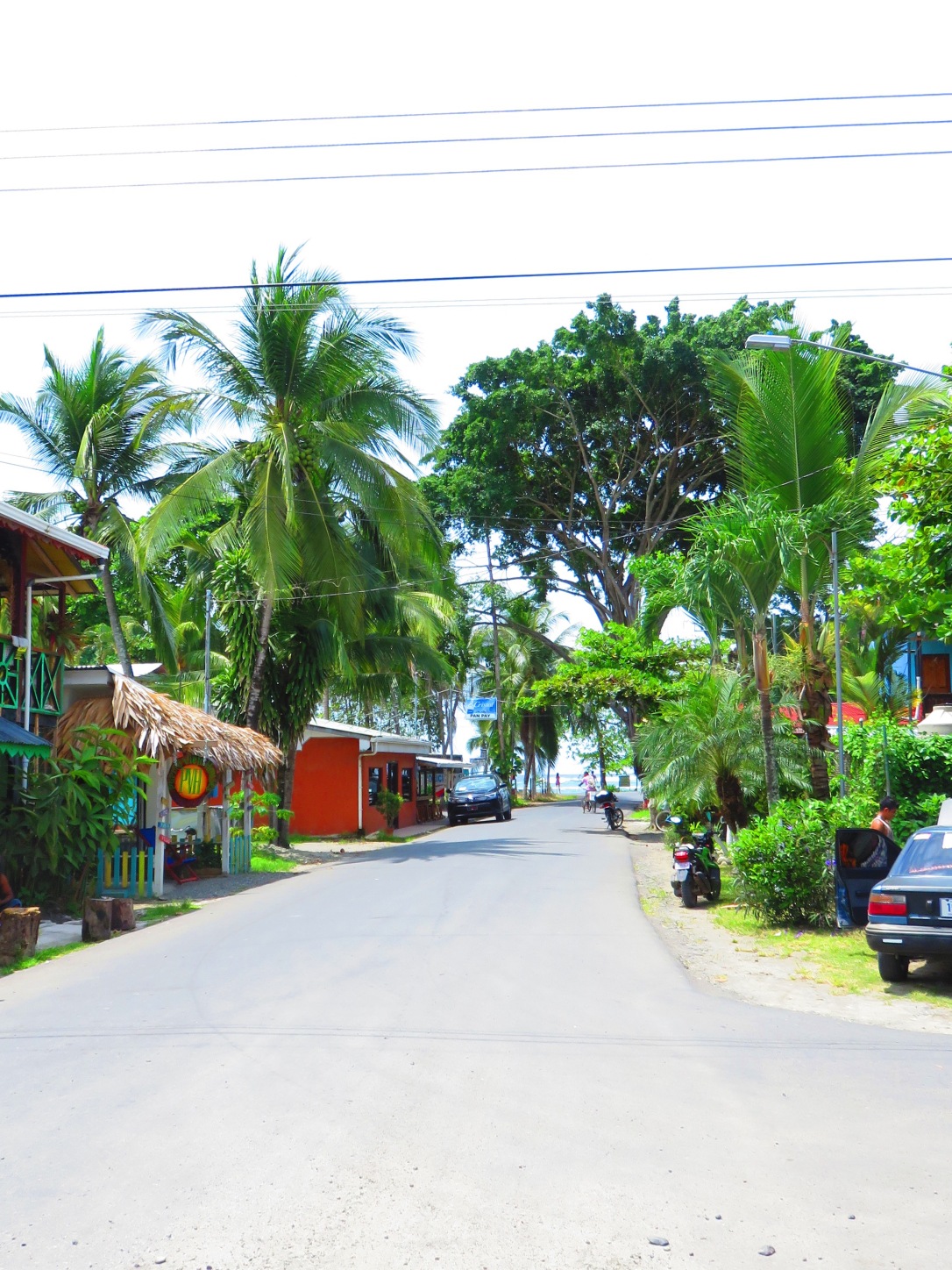 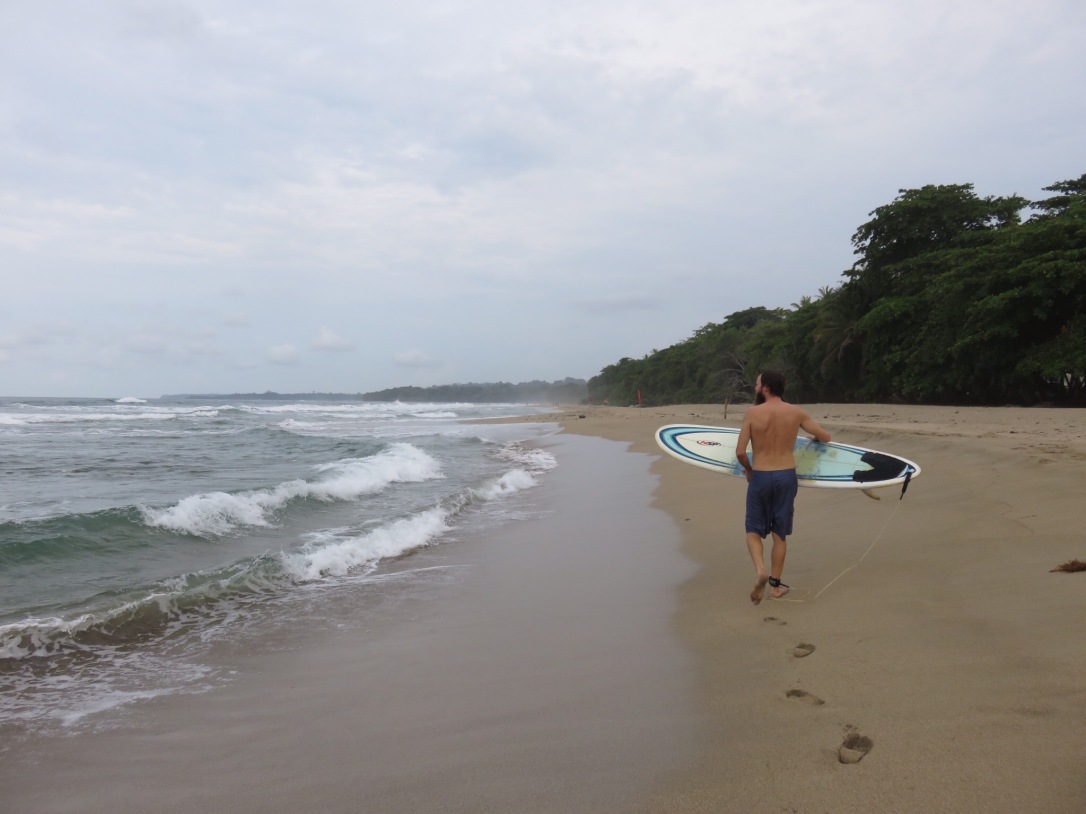 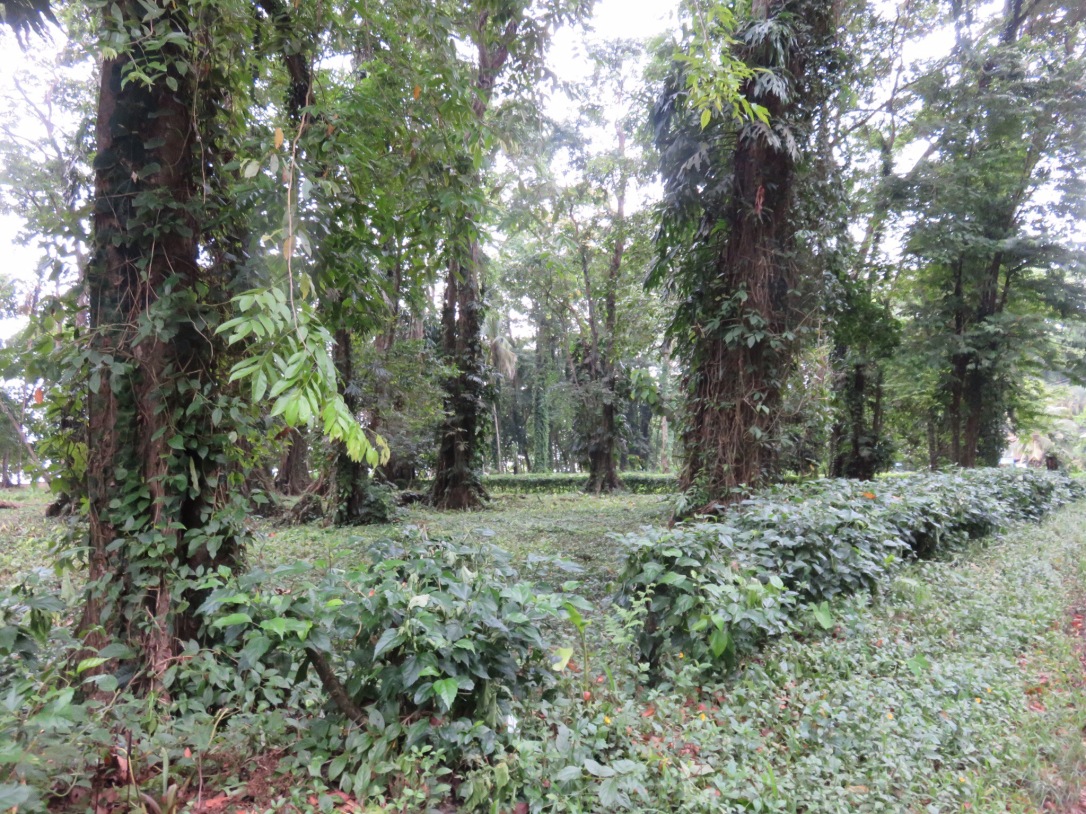 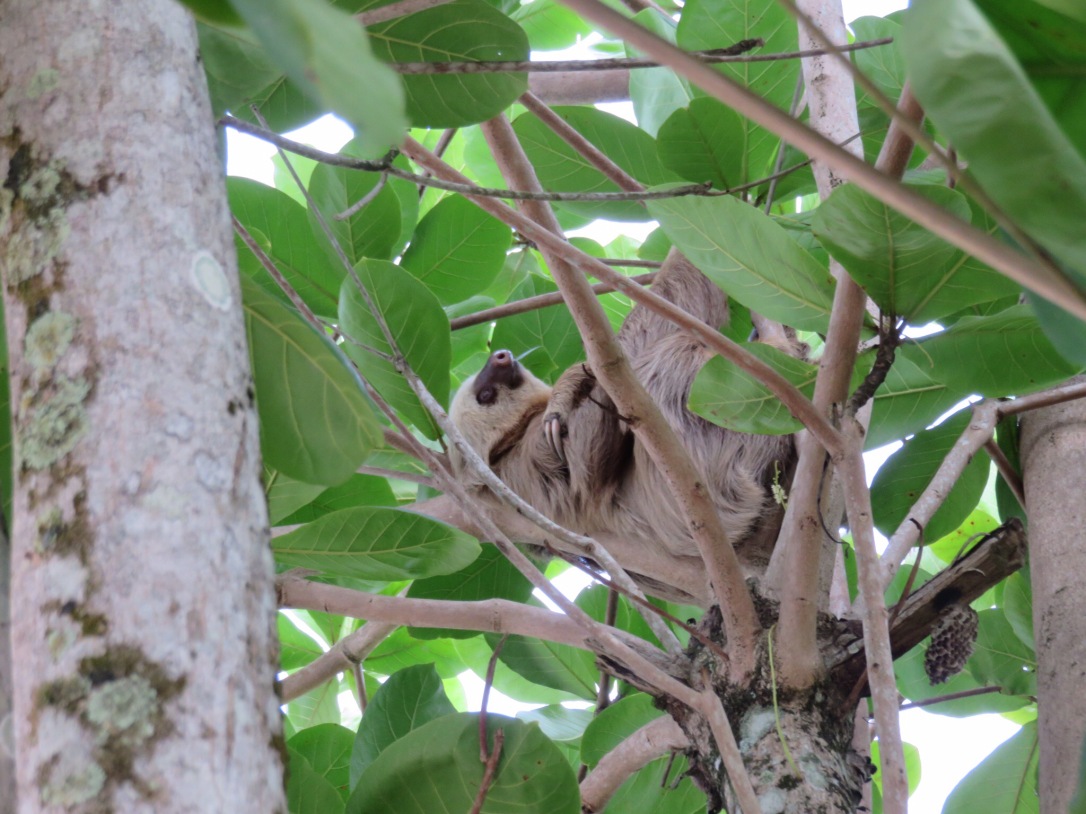 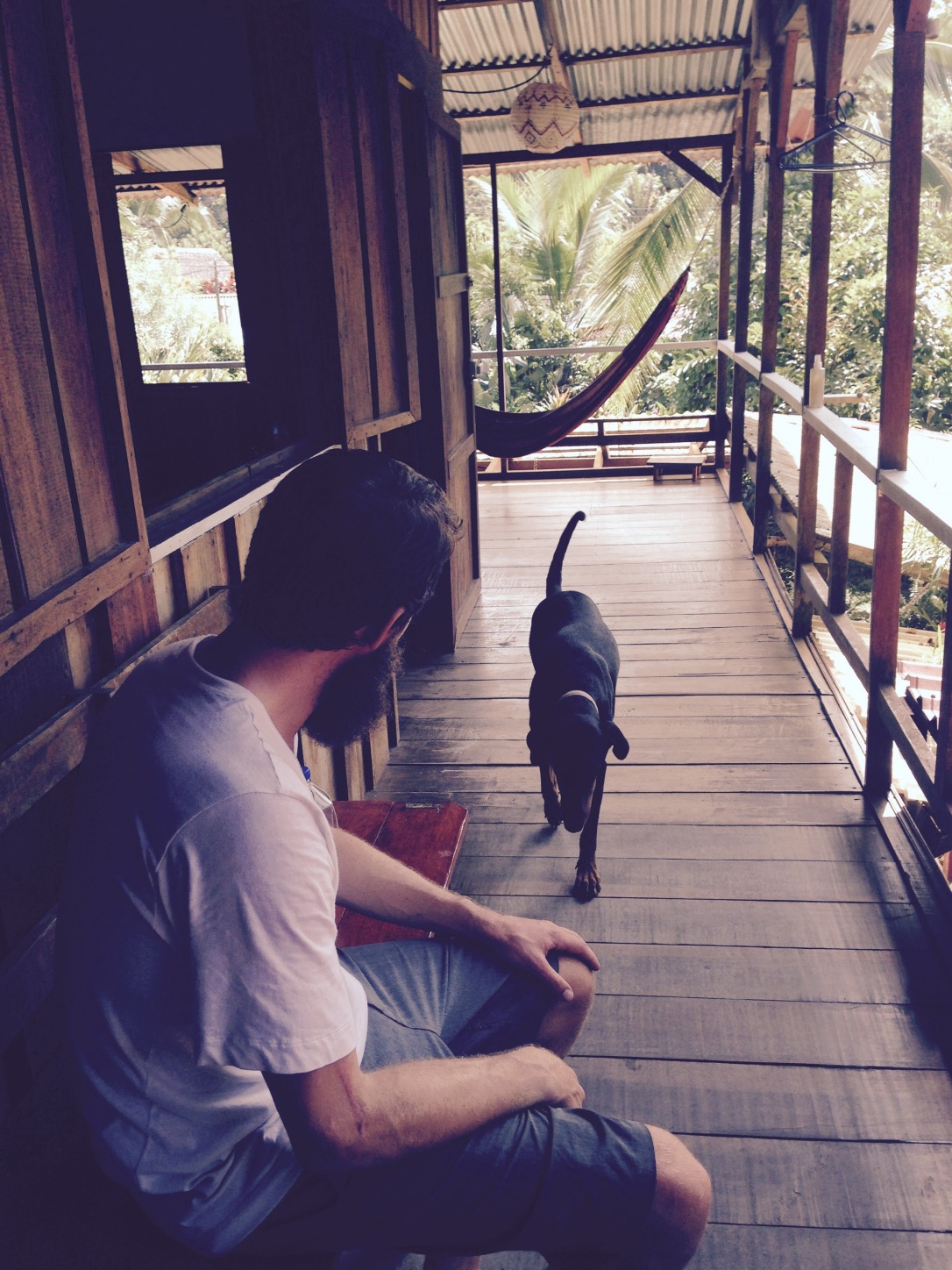 3 thoughts on “The Caribbean Side: Puerto Viejo”